One of the calling cards for Harry Reid Airport is the slot machines passengers see and play while waiting for a flight or after departing an airplane.

This isn’t an overnight success, the company has been operating the slot machines at Harry Reid International Airport for 36 years.

“Having slots in the airport is an amenity travelers largely enjoy and have come to expect. Seeing and hearing slots the moment they arrive sets the tone for an Only Vegas experience, and on their way out, many also enjoy the opportunity to pursue one last jackpot.”

The slot machines at Harry Reid Airport are iconic and have been featured in movies over the years, including the final scene of Ocean’s 13. 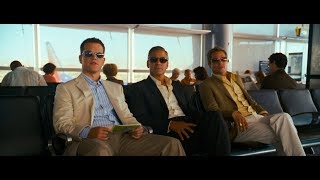 There are 1,430 slot machines spread out among the different terminals at Harry Reid International Airport. The company has 245 employees that oversee its operations.

For comparison, there are about 1,000 fewer slot machines at the airport than on the casino floor at MGM Grand.

“We are happy that the slot machines located inside Harry Reid International Airport not only provide Las Vegas visitors’ the opportunity to spend a few minutes at one of our slot machines while they wait for their flight, but that the revenue generated also helps lower the operating costs for airlines at the airport and those lower rates trickle down to tourists who plan on visiting Las Vegas.”

A Gaughan legacy and the South Point Hotel and Casino

The elder Mr. Gauhan owned stakes in the El Cortez and the Gold Spike in downtown Las Vegas. He and his wife famously lived at the El Cortez. Mr. Gaughan passed away in 2014.

I remember watching Mg. Gaughan play poker regularly on the casino floor at El Cortez prior to his passing. To this day, visitors can stay at his penthouse suite at the El Cortez.

The Gaughan legacy continues to this day in Las Vegas.

Michael Gaughan once owned Coast Casinos which owned and operated:

Coast Casinos merged with Boyd Gaming in 2004, which still operates these properties (sans The Cromwell). Gaughan left the company in 2006.