The summer is just starting but there’s a sign that fall isn’t too far away. Some Nevada sportsbooks have started to release lines for college football games of the year.

The first week of the college football season, week 0, kicks off on Aug. 27 with a dozen games. The majority of the FBS teams will start the season the following week.

Multiple sportsbooks offering early college football game lines are relatively new. Before the rapid expansion of sports betting around the country, there was one casino that released lines first while others would follow closer to the season.

College football fans can now find early lines throughout the state from Reno to the Vegas Strip.

As usual, experienced and professional sports bettors pounced on what they perceived as bad lines. Most of the value in these college football lines was taken by these bettors.

These lines are based on information the sportsbook operators have heading into the season. The point spreads are dictated as bettors place bets.

Nevada sportsbooks respect early bets on these games and are quick to move the line. Since the point spreads change on wagers at individual properties there are differences at various sportsbooks.

As always it pays to shop around and compare lines before placing bets. The different Nevada sports betting apps make this easier than ever.

There are more than 100 college football games already available for betting at various Nevada sportsbooks. Even though most of the lines are for colleges with big names, not all games are created equally.

Here are five college football games to keep an eye on:

The first word to come to mind when thinking about this SEC clash is DRAMA.

The coaches of the two teams sparred for a few weeks over recruiting. Alabama coach Nick Saban fired the first shot saying that Texas A&M “Bought Every Player on Their Team.” Texas A&M coach Jimbo Fisher quickly fired back.

The two coaches went back and forth but it appears as though the battle is over. Moving forward both coaches will be focused on their game in Tuscaloosa, AL on Oct. 8.

Alabama opened as a -13.5 favorite at the South Point. The spread of fewer than two touchdowns was gobbled up and the line quickly moved to Alabama -15. 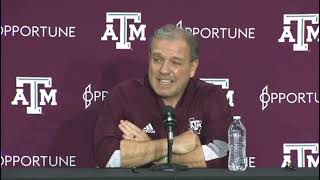 This will be the first major Pac-12 test for new USC coach Lincoln Riley. The new coach is quickly reshaping the Trojans football team with a slew of transfers, including his former Oklahoma QB Caleb Williams.

Coincidentally, Utah coach Kyle Whittingham has the longest tenure in the Pac-12 having coached the Utes for 18 years now. The matchup isn’t just old versus new but it’s a throwback to the days of the Pac-12 South. The conference recently decided to ditch the conferences.

There’s an avalanche of early money on this game at the South Point as Utah has gone from a -12 favorite to just -7.

2021 was a big year for the Michigan football program. After defeating the Ohio State Buckeyes, the Wolverines won the conference championship and went to the College Football Playoff for the first time.

As usual in college football, the teams will have a different look. Michigan’s defense will look different. Defensive End Aiden Hutchinson was the second overall pick in the NFL Draft by the Detroit Lions this year.

Ohio State lost two wide receivers to the NFL in the top half first round of the Draft this year. The New York Jets selected Garrett Wilson and the New Orleans Saints picked Chris Olave.

These two teams accounted for three of the top 11 picks in the NFL Draft this year. The new-look rivals will face each other in late November with Ohio State being a 13.5-point favorite.

The Red River Rivalry is always a highlight of the early season games on the college football schedule. Texas and Oklahoma have been playing one another since 1900. This series has been played every year since 1929.

2022 will be the first for new Oklahoma coach Brent Venables. He previously spent the past decade leading the defense at Clemson. Venables will likely take the sideline as an underdog in his first Red River Rivalry game.

The game opened at South Point with the Oklahoma Sooners as -7 favorites. The money came rushing in on the Longhorns and the spread dropped to make the Sooners just a -4.5 favorite.

No 5. Week one non-conference matchups

The first official week of the college football season has a slew of non-conference games. Two of the biggest names in college football will highlight the day of games as Ohio State takes on Notre Dame in Columbus, OH.

While this is a night game, ESPN’s College Gameday will be on hand for the morning crowd. Expect to see a rowdy crowd as there will be plenty of time to prepare for the late game.

Interest in this game is so high that ticket prices took off right away. Right now, tickets on Stubhub start at $372 and go well into the thousands.

All of that early interest in attending the game hasn’t moved the odds. Ohio State is the steady favorite at -14.5.