On M0nday, MGM Resorts announced its intention to sell The Mirage operations to Hard Rock International (Hard Rock). The deal is still pending regulatory approvals, which should happen in the second half of next year.

The most significant part of the deal comes from the Hard Rock. The company plans to change the Vegas Strip skyline with a guitar-shaped hotel tower.

Not a surprising deal

This isn’t an incredible deal at all. During MGM Resorts’ third-quarter earnings call, CEO Bill Hornbuckle teased that a sale was coming.

“I mentioned in the past that we are happy with the amount of exposure we currently have in Las Vegas. As such, we are currently in the early stages of a process to sell the operations of The Mirage”

Hard Rock purchasing operations of The Mirage isn’t a surprise either. The company has been looking to operate a Las Vegas casino since purchasing the naming rights in 2020.

Regarding The Mirage sale, Hornbuckle says:

“This transaction is a significant milestone for MGM Resorts, and for Las Vegas…As part of the team that opened The Mirage in 1989, I know firsthand how special it is, and what a great opportunity it presents to the Hard Rock team. “

Get ready for a new Vegas strip skyline

The Hard Rock will share more information on the deal when it closes. However, the company did share one crucial detail about the property.

Similar to MGM Resorts, the Hard Rock will enter into a long-term lease agreement with landowner  VICI Properties Inc.

In a statement about the purchase Hard Rock says:

“Through the acquisition, Hard Rock plans to build an iconic Guitar-shaped Hotel which will be located on the famous Las Vegas Strip.”

If the rendering is accurate to the statement, the new Guitar-sharped hotel tower will stand in front of The Mirage. The iconic volcano that currently occupies this space will likely go away.

You can see the first Hard Rock Guitar-shaped hotel tower in this epic video from Pitbull and Blake Shelton. 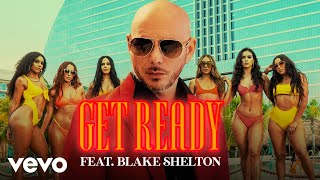 MGM Resorts will keep ownership of The Mirage’s name and brand. However, the name won’t change right away. Hard Rock has been licensing “The Mirage” name for three years. Eventually, The Mirage will become something akin to Hard Rock Hotel & Casino.

Before selling operations at The Mirage, MGM Resorts purchased the operations of The Cosmopolitan. In essence, the casino located south of The Mirage will replace it in MGM Resorts’ portfolio.

The focus on the southern half of the Vegas Strip makes sense for MGM Resorts.

The company operates Park MGM, New York-New York, and MGM Grand near T-Mobile Arena. The walk from Aria and The Cosmopolitan isn’t too far.

MGM Resorts also operates casinos near Allegiant Stadium. Mandalay Bay and Luxor are the hubs of activity before and after Raiders games and concerts at the stadium.